What are the top five things a person just charged with a DUI in Columbus, Ohio should do?

While a DUI arrest in Columbus, Ohio can be frightening, embarrassing and overall an overwhelming experience, there are several options and actions that someone in this scenario should immediately exercise to reach the most favorable outcome for this situation.

First and foremost, much depends on the specific laws of this particular area, whether this is a first offense for this person, and the events of the incident or arrest. As such, considering if there is valid information for the prosecution to move forward with a case against the charged individual is key. Collected items such as blood tests, breathalyzers and the like may be introduced; however, the state must prove the case beyond a reasonable doubt, so these may be called into question and potentially even dismissed as admissible evidence. Reviewing the laws, being familiar with the procedures, and consulting with an attorney as quickly as possible to verify these concerns can go a long way to a favorable outcome.

A second area to focus on is the police procedure if the charged individual has been arrested or stopped for DUI or suspicion of DUI. How the police act during the stop, how the reports are filled out and completed, and whether the information notated is accurate can make or break a DUI case when it is taken to court. If any of the information is incorrect or inaccurate, the case is easily then dismissed. Again, knowing this information up front is helpful, or seeking out help from a competent attorney who is familiar with these rules is key. It is also important not to admit to anything to the arresting or charging officers, but to speak only to one’s attorney to avoid negative consequences.

Thirdly, an individual should review all possible facets and aspects of the arrest and case. Courts will 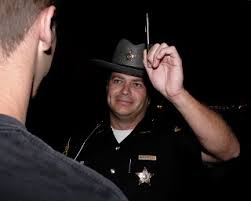 generally ask a defendant to enter a plea, but entering a guilty plea can automatically lead to penalties including fines, jail time and locking ignition breathalyzers, just to name some examples, so checking the circumstances and confirming what could happen can help a charged person make the best choice for himself or herself and also provide peace of mind with knowledge of worst case consequences.The fourth point to consider is to know what is needed for effectively responding to a DUI charge. While hiring an attorney can be an expense, to be sure, it is oftentimes the wisest course for a solid outcome. Public Defenders or answering charges in the courtroom is not always the best consideration, and could result in more costs, especially if the defendant is found to be guilty or pleads no contest to the charges. Again, seeking out an attorney is usually the best plan in this instance.

Fill out the form below to receive a free and confidential case evaluation.